Using Eclipse I managed to compile and run the game on Ubuntu/Linux inside VirtualBox. I have little experience using Eclipse, virtual machines and not to mention Linux, but it works more or less. 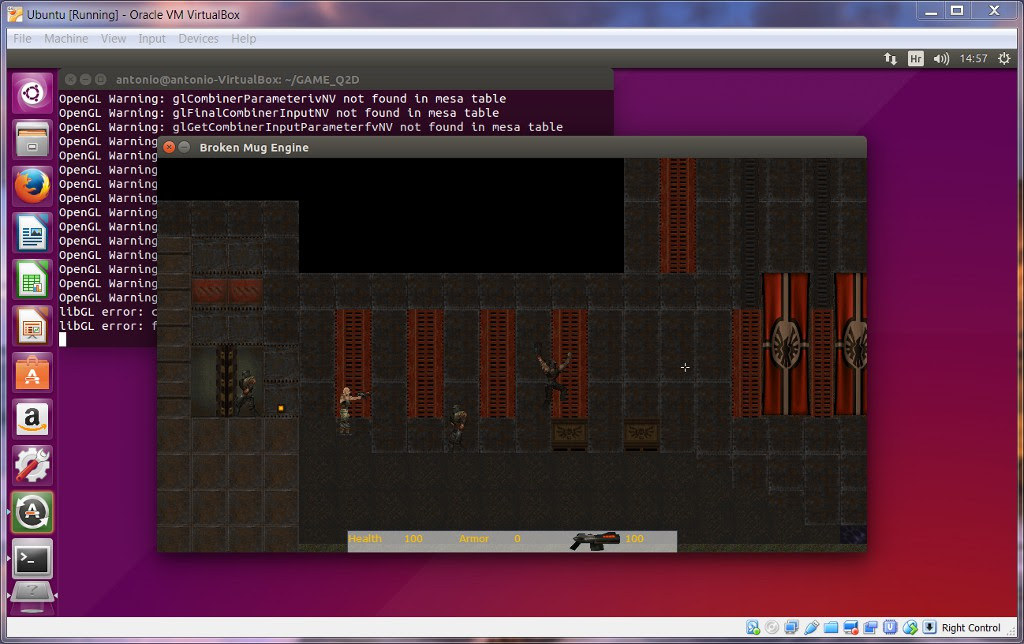 There are some problems:

- I can't load shaders and make FBOs, but that is probably because in VirtualBox I can only get OpenGL 2.1.
- FMOD doesn't work in the game and even the examples provided with the API don't work. It plays a sound for only one frame and turns it off. It could be a problem with the library, the way I installed the library, or the audio drivers in VirtualBox.
- Game crashes randomly.
Posted by AntonioR