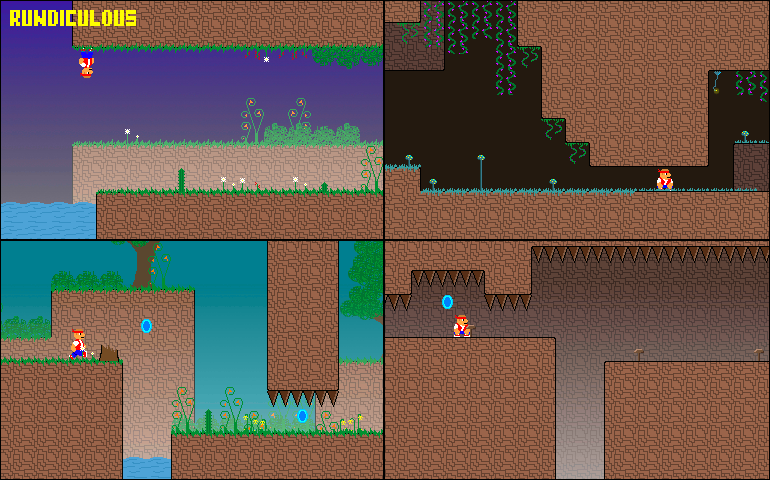 There was a game programming competition at Facepunch forums in Februray 2012 which I was taking part in. We had a month to make an arcade style game. Rundiculous is a running game inspired by VVVVVV and Bit.Trip Runner. The goal of the game is to reach the end of each level and collect as many blue crystals as possible to get the highest score and do it with as few fails possible. In each level player has to face many challenges to pass the level, from tricky terrain to malfunctioned robots. To do that he uses a set of skills; jumping, sliding and gravity flipping.

Unfortunately I didn't manage to finish it, because I had exams at college, so I ended up working on it for maybe a week. It only has four levels. Three levels are short and simple made mainly for the players to get used to the controls. The fourth level "First Encounter" is just a taste of what the game should have been if it was finished (thought the level is missing some terrain data). This is my favorite project because the art and music is more or less original, I haven't "borrowed" assets like in my other projects. Big thanks to Mischievous and Kristo for testing and support, and Jaden for his great music.

Other info:
- Made using a heavily modified Advanced2D engine (C++, DirectX9, FMOD)
- I did all the art myself (player is obviously a ripoff though)
- Levels made using a map editor
- Configurable controls and screen settings via options menu
- DirectInput joystick support (I recommend playing with a joystick)
- Level highscores
- Three original music tracks by Jaden "Mongo" Duchen 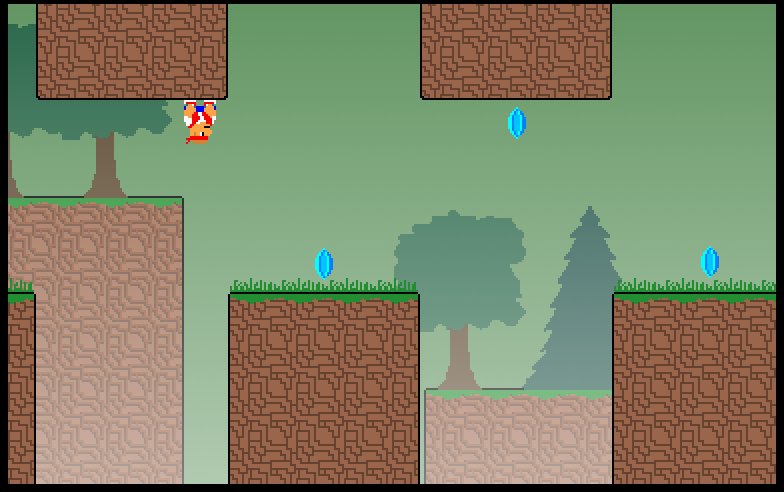 In the end the competition was a disappointment. I expected that on such a large forum there would be more voters and that some would even bother to write game reviews or at least give some feedback.You can see the other projects here: Facepunch Game Programming Competition #5