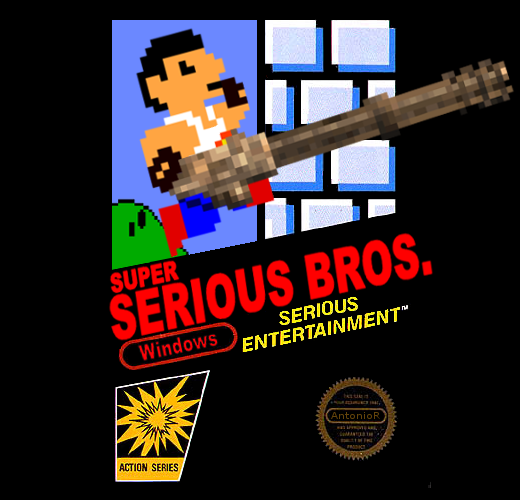 Browsing my Mediafire account I found the first version of Super Serious Bros. I uploaded to send it to my colleagues at college back in February 2011. For some reason I haven't made it public then even though I uploaded the gameplay video.

Made after figuring out map scrolling and simple physics this is my "Dangerous Dave in copyright infringement". Unfortunately my colleagues were not as impressed as Romero with Carmack's game. It is not tested, and unfortunately I haven't saved the source code of this version. If it weren't for the MF, it would be gone. 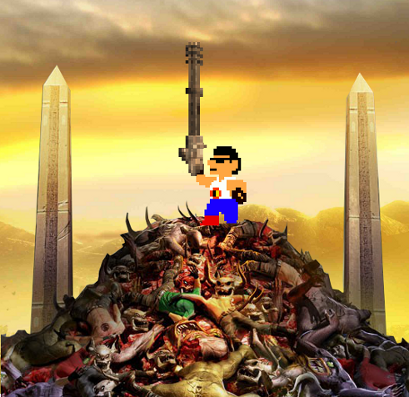 The second version was made just few weeks later has no Super Mario enemies, only Serious Sam ones. It has all Serious Sam weapons. Aiming and shooting is done with the mouse. There are also some shaders I was testing out. 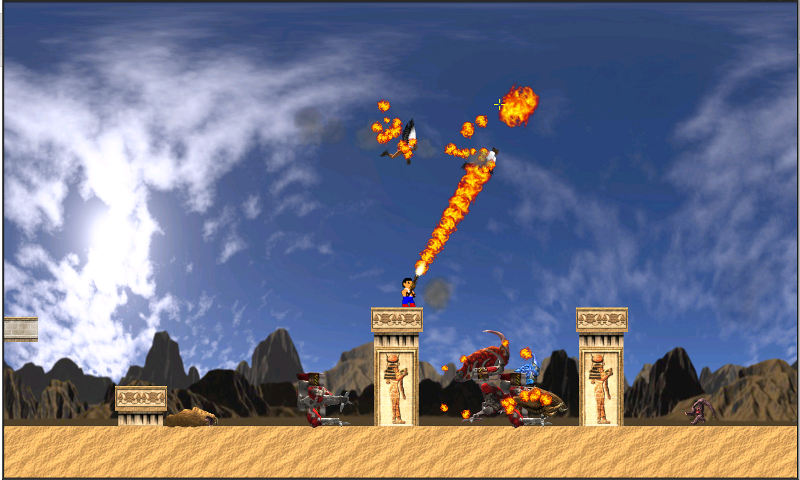 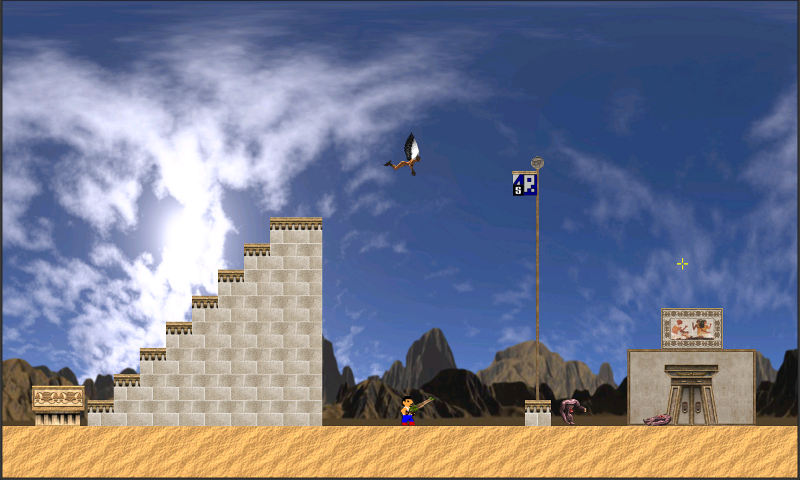 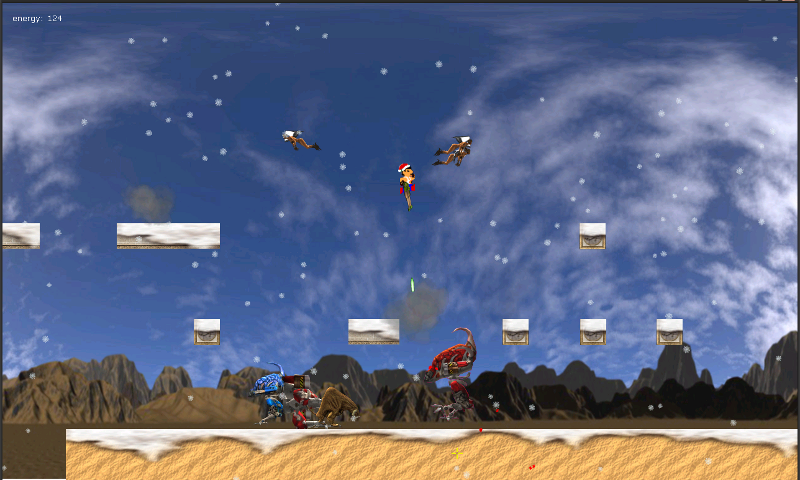 This time the engine and terrible game source code is included in the download. Like Serious Sam TLGH, SSB uses engine from the book Advanced 2D game development by J.S.Harbour. Both games use same textures and most of the code. Back then I used DevC++, so game and engine are DevC++ projects, and I have included a link for the setup and libraries and instructions in the readme.

CONTROLS:
- same as above, except now you have all Serious Sam weapons(1-8) and you can toggle shaders with F11 and display collision boxes with F8.

After The Bloodcrafter demo in June 2011 I wanted to make a full game. I had no idea what to make, so I decided to go back and make a better version of Super Serious Bros. This time I didn't want to make just one level, I wanted to recreate the whole Super Mario Bros. and turn it into a sidescrolling shooter. After few months spent improving the engine, making a better map editor, physics and making maps I  realized the flat level design of SMB would make a boring shooter and I quit.

Update: Since the Quake 2D demo was based on the version 3 of SSB I will skip releasing the source code for it, because it is obsolete compared to Q2D.