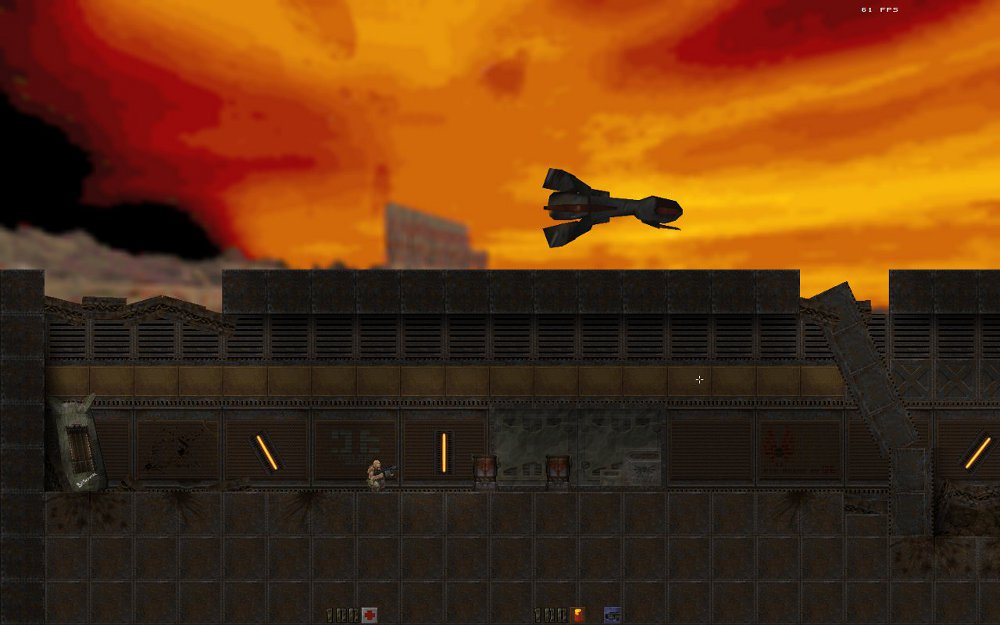 Quake 2D is my most ambitious project and biggest disappointment. After I realized Super Serious Bros. wasn't going anywhere I needed a new project, so I decided to revisit one of the first games I played on my PC, Quake 2. This project would show the new updated engine in it's full glory. It was basically a new game engine developed from Advanced2D engine called MUG (my unnamed game) engine:

I've built a pretty good map editor during the work on SSB and Quake 2 maps were not too complicated to recreate in 2D. I managed to extract the textures and sounds from Quake 2 using Dragon Unpacker. Also I could use MD2 Viewer to view player and enemy models, so I could recreate them using my own skeletal animation editor. 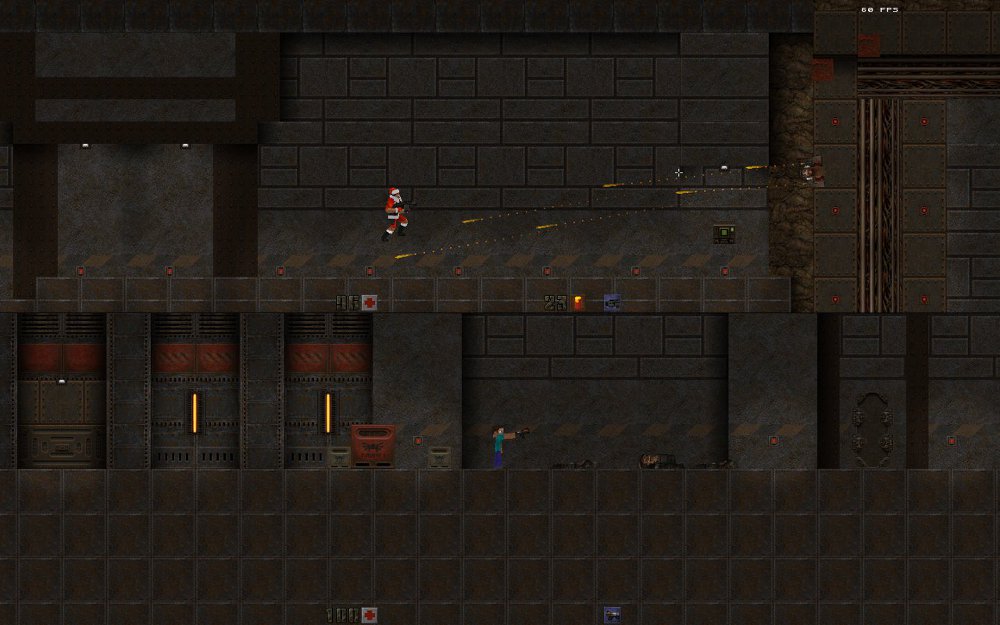 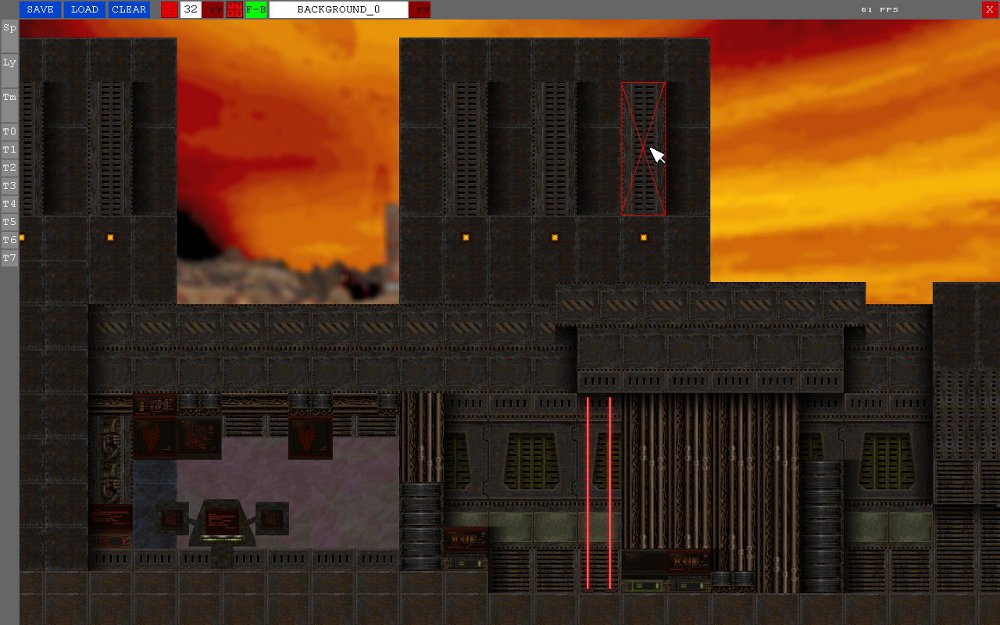 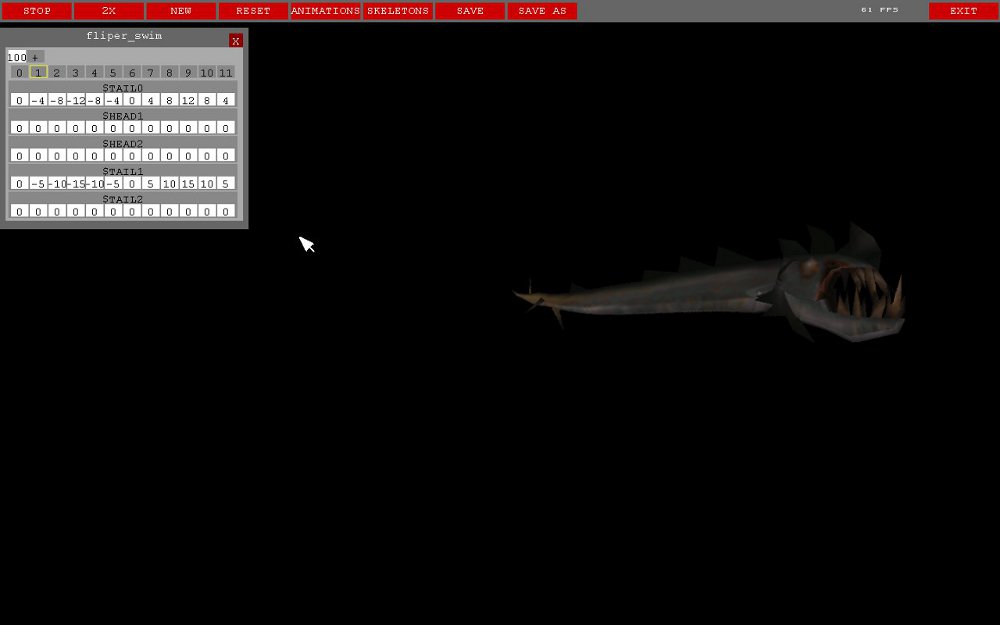 I started making maps and writing game code in May 2012. I played the original game and took in-game screenshots so I could recreate the maps "pixel perfectly". I made several Quake 2 enemies and appropriate animations, recreated the weapons, made the HUD, options menu, added 2D light, switches, moving platforms, swimming, enemy AI, splitscreen coop, fixed physics bugs... eventually I burnt out and got frustrated with the project. Also it was the beginning of the final year of college and I didn't want to waste time on a project with no future. I released the final unfinished version in October 2012 and thought that was my last game project.

It hurts my heart whenever I see that video, because my PC couldn't handle the recording and the video is full of physics bugs caused by low framerate. So, here is a new video:

The response by people was quite positive, but after two days it was forgotten. I expected someone might pick up in-game map and animation editor and make few additional maps or mods, but that didn't happen. The game was downloaded 550 times with the video having 11 000 views. Compared with The Bloodcrafter which was made in just one afternoon this was a big disappointment.

I am still very proud with the final result which can proudly stand next to many smaller commercial projects when we look at it from technical perspective. Just for the record the source code is 31 000 lines of code long. It may be messy and repetitive in some areas, but it's still a big project for a single person with no experience.

You can now download the source code on my GitHub page:
http://github.com/antrad

Disclaimer: I don't own any of the textures and sounds used to make this demo. I advise you not to download if you don't own a legal copy of Quake 2. QUAKE II (C) 1997-2001 Id Software, Inc. All Rights Reserved. QUAKE, QUAKE II, the QII logo, the Id Software name and the Id logo are either registered trademarks or trademarks of Id Software, Inc. in the United States and/or other countries.