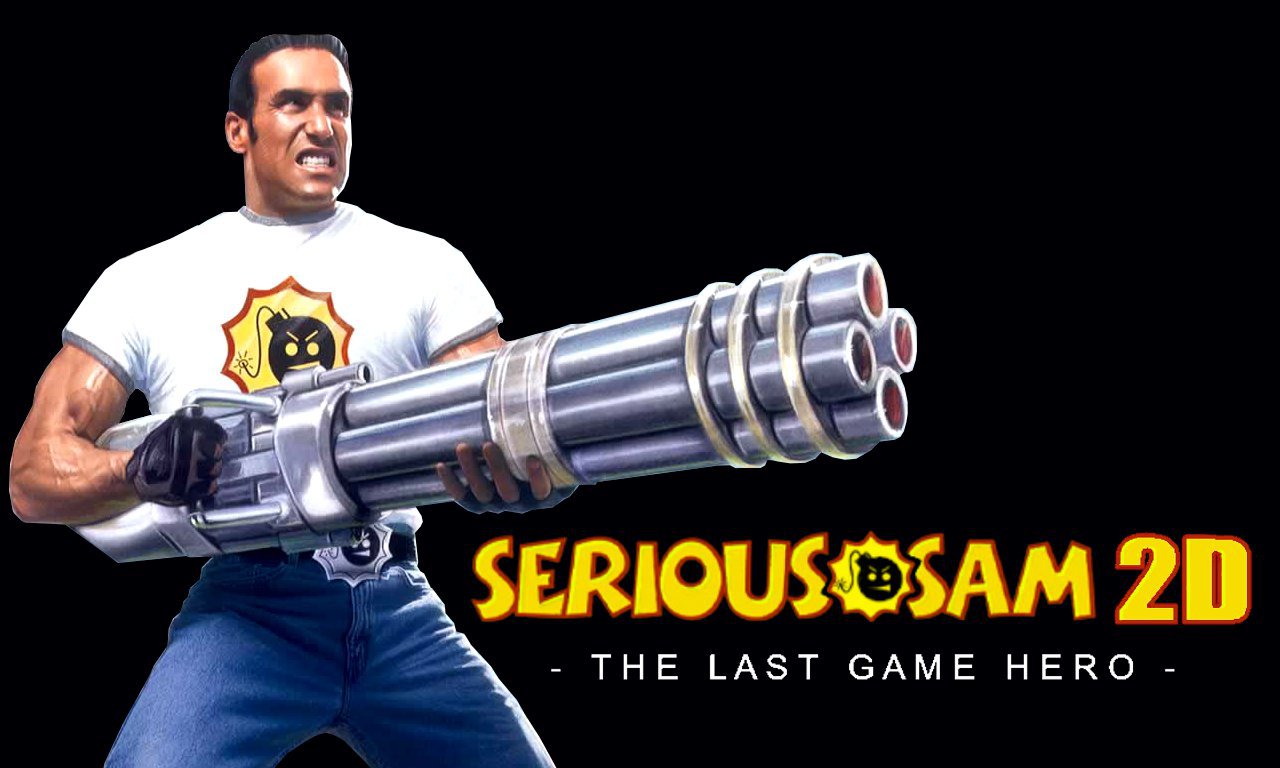 Serious Sam 2D The Last Game Hero was part of my bachelor thesis. It was made using an engine from the book Advanced2D Game Development by J.S. Harbour and was released in October 2010. The game and engine are written in C++ and use DirectX and Fmod. It was my first experience with game development and was by far the biggest project I ever did.

Making all the textures was pretty time consuming. For the backgrounds I would play original Serious Sam games and take screenshots, and later extract parts that I needed. Player and enemy sprites were made taking screenshots inside Serious Modeler and then making sprite sheets out of dozens of pictures.

The game should have been longer, but I lost motivation and the code was unreadable. I didn't even made classes for the entities, it was all a global mess in a single cpp file with over 7500 lines of code. 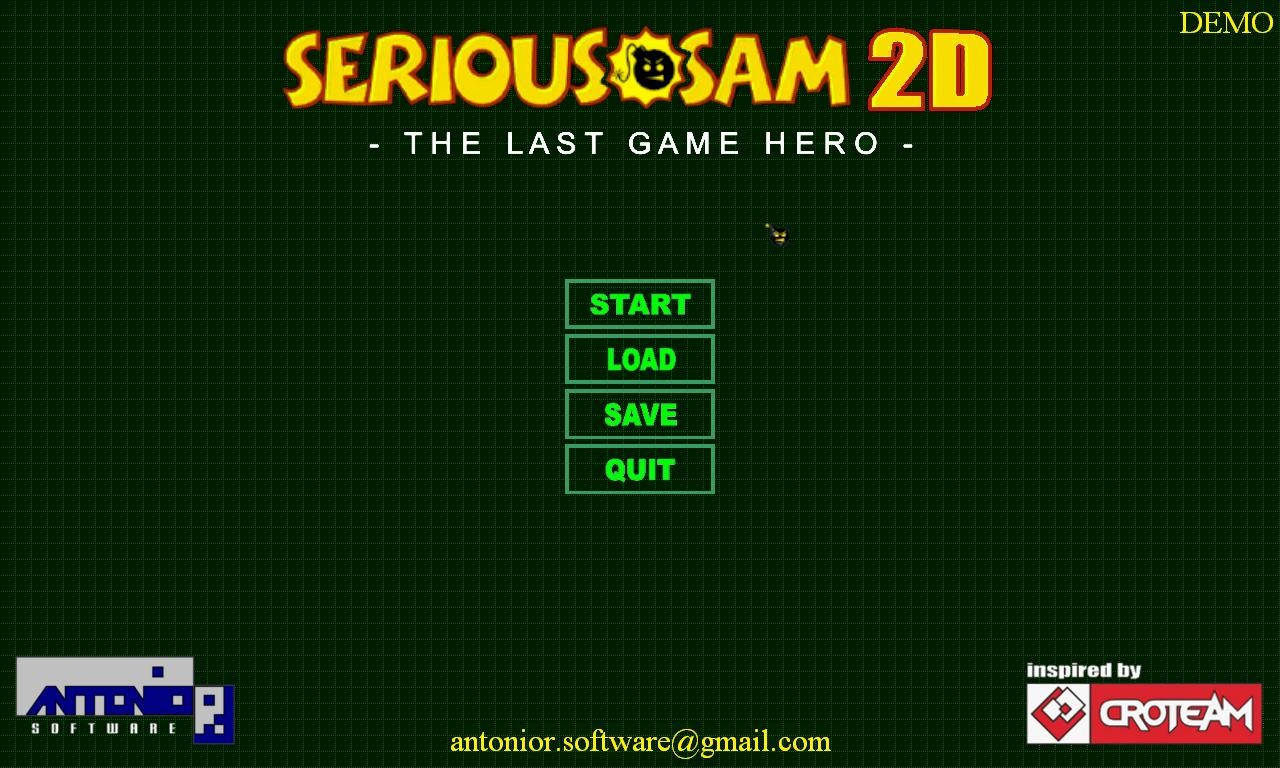 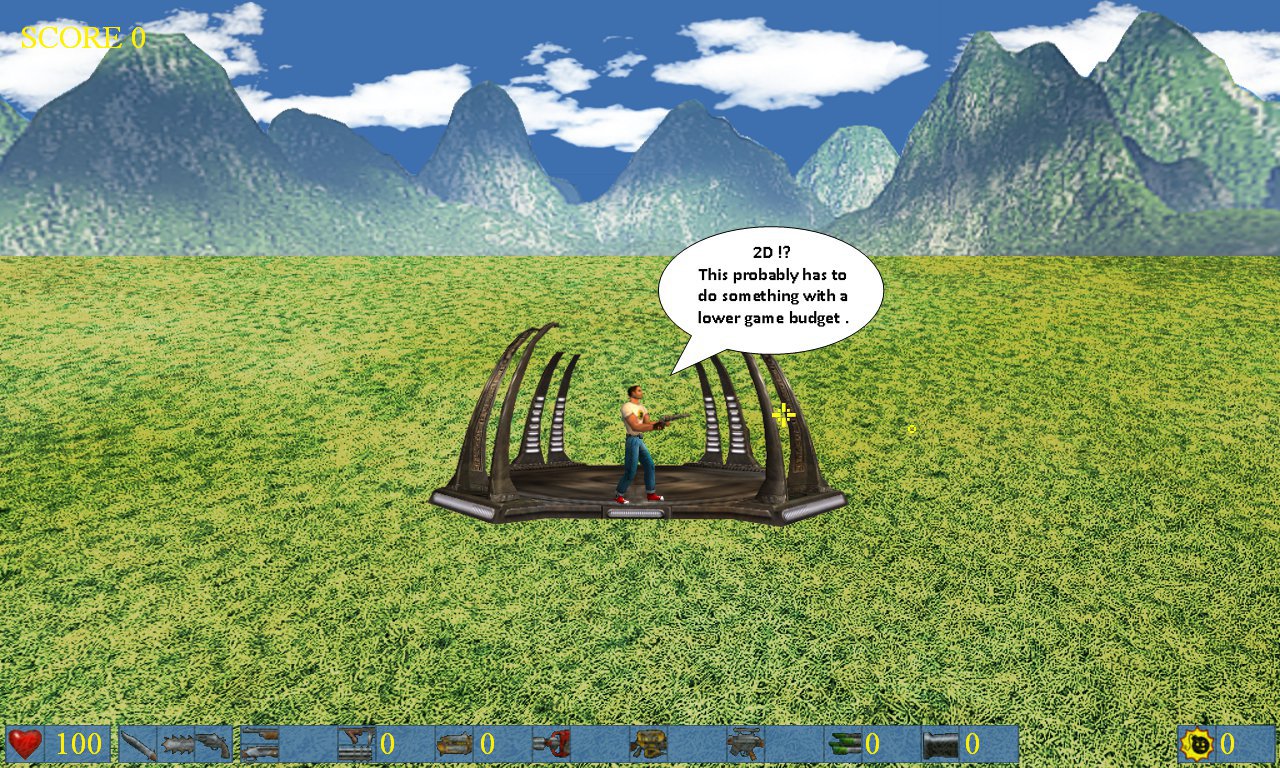 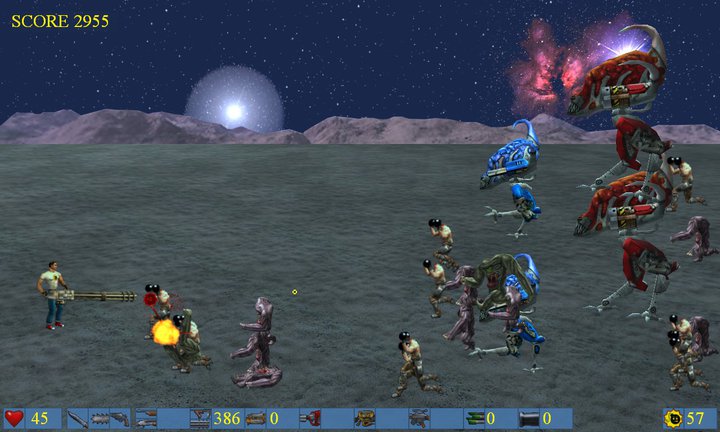 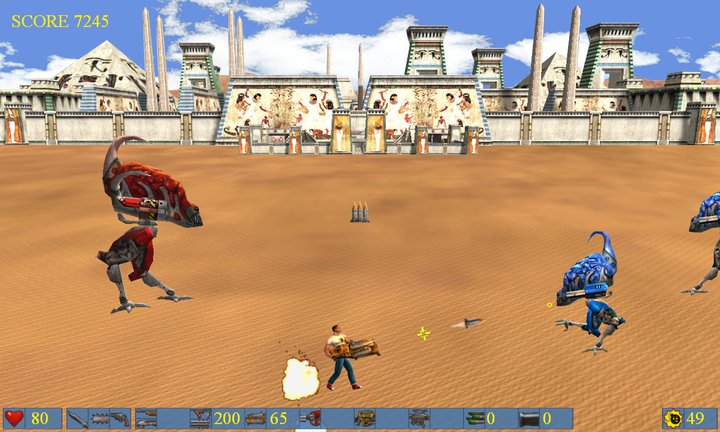 In the end I think that game ended up looking pretty good. As far as I know nobody ever finished it except me, and even when I lowered the difficulty people still complained it was too hard. That's what happens when you don't have anyone to properly test your game, but nevertheless, BIG THANKS to those who tested it even for just few minutes, it means a lot.

The game was downloaded around 1200 times from my uploads (someone also uploaded the game on www.serioussite.ru) and YouTube videos have more than 40000 views. It was even mentioned on the official Serious Sam Facebook page:

If you want to try it out you can download version 1.2 (Windows only) here:

You can find additional info and cheats in the "Info" folder. To pass the "Leap Of Faith" you need to play on serious difficulty. Then you can fight the final boss Beshtiya: